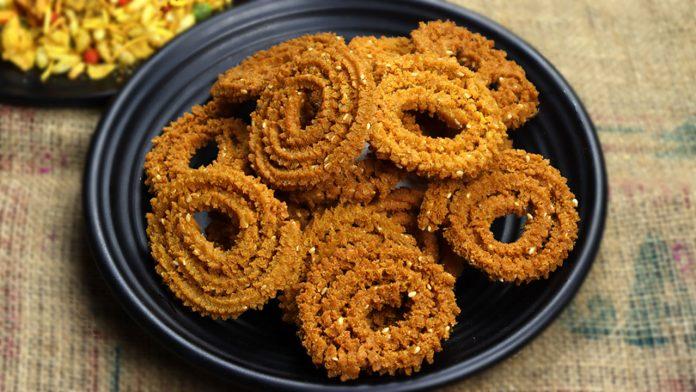 Chakli is a spiral-shaped, crispy, and melt-in-mouth tea time snack recipe. It is a traditional Indian snack recipe made during festival time. Different regions of India have made different varieties of chakli. Today I share wheat flour chakli which is popular in Maharashtra and Gujarat. Chakli is a deep-fried snack made with steamed wheat flour mixed, green chili paste, sesame seeds, spices, and curd. Chakli is made differently in every household some are made from rice flour, besan or maida  Here is an easy video recipe for chakli. 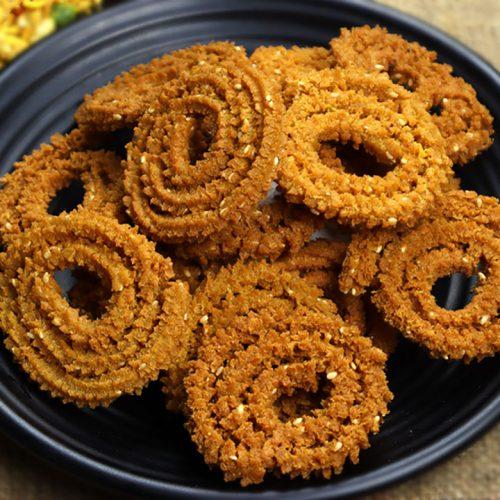