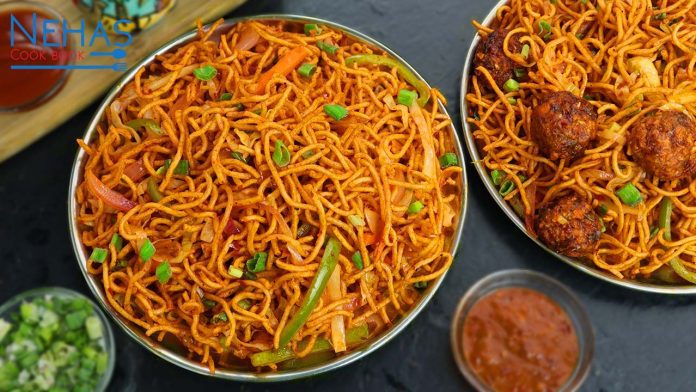 Chinese bhel is one of the most popular Mumbai street foods. Its crispy fried noodles toasted with vegetables and different types of sauce make a lip-smacking Indo-Chinese recipe.

I loved Chinese food, especially Chinese bhel it’s my favorite. There are many variations in the Chinese bhel recipe. In my recipe, I boiled noodles till they cooked and fried noodles to make them crisp, and then add veggies and different sauces to make it. I used schezwan sauce for its spicy and garlicky flavor with it I used soy sauce and vinegar. Lastly, I used tomato sauce to give a sweet flavor to bhel. Do try this easy recipe of Chinese bhel. 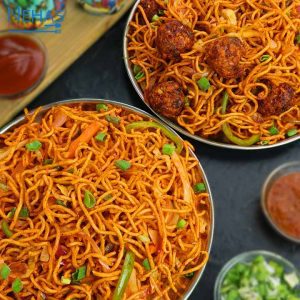 ABOUT US
Nehas Cook Book Gujarati is all about Gujarati veg recipes. Learn new and traditional gujarati recipes and share your feedback with us.
Contact us: [email protected]
FOLLOW US
MORE STORIES