Paneer tikka masala is a popular North Indian curry made with spiced marinated paneer cubes and veggies in tomato onion-based gravy. Originally paneer tikka was cooked in clay tandoor which gives a smoky charcoal flavor to the paneer. In some restaurants, it was made BBQ grills or ovens to get a smoky flavor. However, not everyone has an oven at home. To overcome all problems I made paneer tikka on tawa and then added it to the rich, creamy, and spicy gravy. It tastes great when served with naan, chapatti but can also be served with rice too.

Please do visit my other related recipe collection like 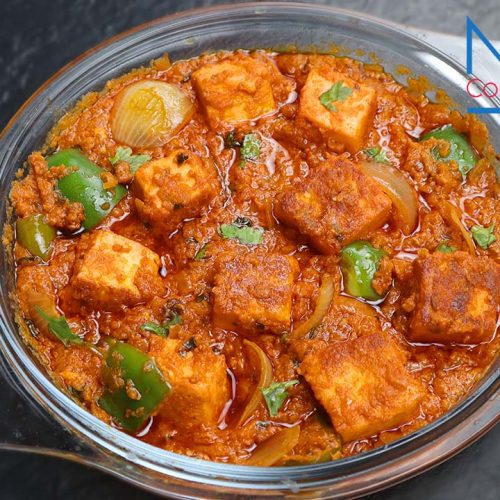